Dear Nora: How Can I Use Fare Alert Services to Fly Cheap? 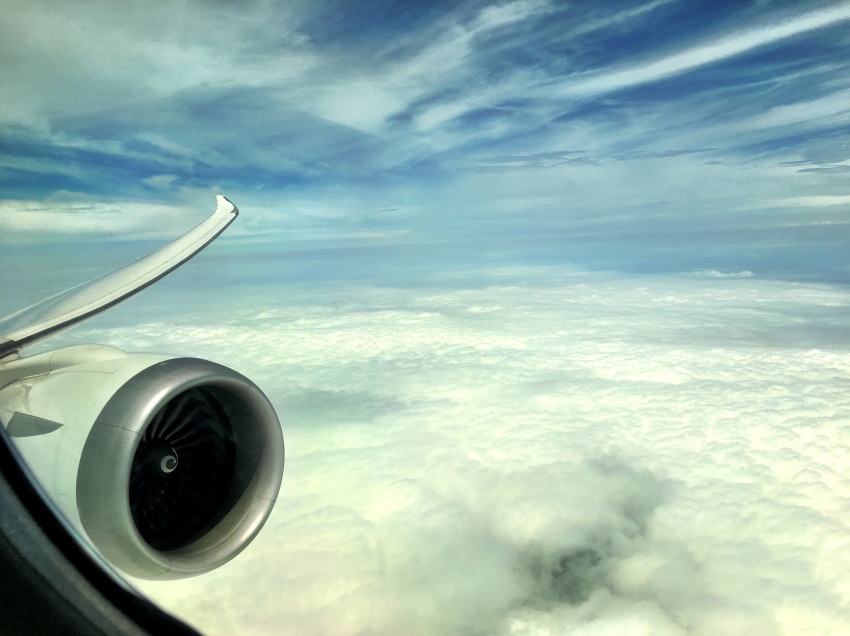 Searching for airfare is one of the most cryptic games out there. Prices vary by day of the week, time of day, cookies on your computer, and about a gazillion other factors as temperamental as the weather. So how do you know when a cheap flight becomes available? You can do it with the help of fare alert services, which can be a game-changer.

Dear Nora,
Have you used fare alert services to get cheap flights? I’ve seen a couple but I don’t know if they’re worthwhile. -Agness

For the last few months I’ve been using four different fare alert services (disclosure: they gave me free membership for the purposes of reviewing them). I also audited an online course on “hacker fares” where I learned about other kinds of fare alert services and how to get error fares.

And just a few weeks ago I almost nabbed the deal of the century: a return flight from Saigon to Europe in business class for $500 (you can’t even do that in Economy). Unfortunately the operative word here is “almost”; but more on that later.

Below I’m going to review each of these fare alert services and the hacker fares course, so you can determine if any of them would be well-suited for your own travel needs.

What is a Fare Alert Service?

An airfare fare alert service is an automated service that lets you know when there is a screaming deal available from your airport or region. Airfares are a moving target, with prices changing regularly – and occasionally by mistake. Fare alert services let you know when super sales, error fares, and other such anomalies are available.

Here are four such fare alert services, in no particular order:

Scott’s Cheap Flights is an easy to use and understand fare alert service. Simply select your departure airport (you can select as many as you like) just about anywhere in the world except Africa. You’ll get emails for (international only) flight deals from your selected airports. Deals are usually a few months out, and if you select all regions, you’ll get 30-50 emails per month.

The email format is clean and clear, stating the departure and destination airports, when you can fly at these prices, what the regular price is (it’s often at least a 50% savings off the regular price), how long the deal should be available, and how/where to book the ticket. US and Canadian subscribers can also receive text message alerts.

The Good: I like the format of the emails from Scott’s Cheap Flights the best of all four.
The Bad: If you live in Africa(!), you’re outta luck.

I’ve been a long-time subscriber to their (free) Mighty Travels Fare Alerts, where you can receive fare alerts for any departure airport of your choosing. Plus, you can download the top 15 deals for any/all regions from the main website for free at any time. Unlike the other services profiled in this article, Mighty Travels shows deals for both international and domestic flights (although it’s mostly international).

If you’re serious about getting in on the best mistake fares and deals (some of which only last a couple of minutes or hours), then you’ll want to subscribe to their premium service, which sends real-time deal alerts to your phone via SMS. Generally you can expect 2-5 alerts per day. Premium subscribers also have access to the Mighty Travels Deals Dashboard, where you can search for deals to a specific airport (from a departure region), or deals to a specific region (from a selection of 11 regions), and you can search for flights on specific airlines, or filter for business class flights.

Free Version – daily email alerts from a specific airport of your choosing
Premium Version – $7.99/month (real-time deal alerts to your phone for choice of 12 available departure regions – and you can select multiple regions, and access to deals dashboard)
7 day money back guarantee

The Good: Mighty Travels is the most comprehensive of all the fare alert services, has international departure airport availability, shows domestic flight deals as well as international, and the free email alerts could well be enough for you to run with.
The Bad: It’s the most confusing of all the services, and they don’t tell you the general date availability of deals.

Next Vacay has a nice homey feel to it, as it is run by a lovely couple who decided to translate their talent for finding good airfare deals into a business.

You’ll get email alerts for international flights departing from the airport closest to you (USA, Canada, Europe, and Australia only), as well as airports in the general vicinity that are easy to travel overland to. Similar to Scott’s Cheap Flights, you’ll learn the general date ranges of the fare availability (including holidays), how long the deal is expected to last, and instructions for booking directly with the airline through Google Flights.

Next Vacay (which is currently among the cheapest of the four services) is talking about increasing their rates soon. However they will honour whatever price you sign up for, so if you get in at their current rate, that will be your rate in perpetuity.

$25/year, including a 1 month free trial
6 month money back guarantee

The Good: It’s cheap and easy to understand.
The Bad: Departure regions are only in USA, Canada, Europe, and Australia.

Dollar Flight Club features three tiers of paid membership, ranging from $3-5/month (depending on billing frequency). Free members can select a departure region and will receive 1/4 of the deals available. Paid members can select their departure airport (anywhere in the world) and will not only get all the deal alerts (ahead of free subscribers as well), but also opportunities to use frequent flyer miles (ala Travel Hacking Cartel) – which differentiates them from the other services profiled here.

The Good: Well laid-out fare alert emails, including frequent flyer mile tips and ticketing advice. And with international availability, it doesn’t matter where you are – you can receive fare alerts.
The Bad: It’s still a new service, finding its niche. Since the initial publication of this article they’ve changed their membership tiers and scope of service (changes reflected in this information above, which is up to date).

Are you confused yet? I don’t blame you. I’ve been receiving fare alerts from all four services for a while now, and it has taken me a while to get the hang of it. Here are some points for consideration, depending on your fare alert needs:

The Complete Guide to Error Fares

The above services tend to focus more on flight deals rather than error fares.

And if you really want to fly inexpensively and you’re flexible with your dates and locations, error fares are the way to go. You’ve got to be quick on the draw when you find out about them, because they tend to last from a few minutes to a few days (closer to the former; they can literally disappear in 10 minutes, as I discovered the hard way).

I receive error fare notifications and alerts to my phone, which is how I almost booked a business class return trip from Saigon to Europe for $500. (The operative word here is “almost”; I dawdled too long and the deal disappeared from under my nose). But I would never have known how to even begin setting these notifications up if it weren’t for The Complete Guide to Error Fares online course.

According to course creator Kamelia of Hackerette, who has scored flights from LA to Europe for under $200, and her grand prize – a round-the-world ticket for $325:

An error fare is basically a mistake or glitch in the computer system of the airline or global distribution system causing a pricing error that can save you tons of money on flights.

I audited this course (currently $79), which is short and sweet and to the point. It shows you which apps to use and exactly how to set them up to get error fares that match your criteria (as specific or general as you wish them to be), FB pages to follow, Twitter searches to perform, and mailing lists to join. I highly recommend it if you’re interested in getting into the error fare game. I’ve only just begun, and I eagerly await my chance to share my own error fare success story with the world.

Is Mystery Shopping for Free Airfare a Scam?
How to Travel Like a Boss on a Backpacker’s Budget

Dear Nora: How Much Money do I Need to Travel Long Term?

Dear Nora: How to Maximize Productivity While Travelling