Lessons on Using a T-Mobile SIM When Traveling to US

In a previous article on communications while traveling, I recommended the T-Mobile prepaid plan. I think that it is the best plan for the frequent or infrequent traveler to the US.

I recently learned a few things about the T-Mobile plan:

In this article, I will talk about a few of the tips I have learned about how to maximize the value you get from your T-Mobile prepaid service. There are a few things I have learned so I thought I would share:

There are 3 types of plans

In my previous article, I noted that I think the best plan for most travelers in the T-Mobile prepaid daily plan, but the pay by the minute or monthly plans could be good solutions for some people.

I personally do the $2/day plan that gets me unlimited calling, text and data (at the slower Edge speed). I am currently on a 11 day trip traveling to Dallas and San Francisco and I thought I would share some of what I have learned by using my US phone outside of my normal usage patterns.

Reducing the Cost of your Refills

T-Mobile refills can be bought at pretty much any retail establishment or you can refill your account by calling T-Mobile directly from your prepaid phone and giving them a credit card number.

I recently refilled my account a few different ways and this is what I found: 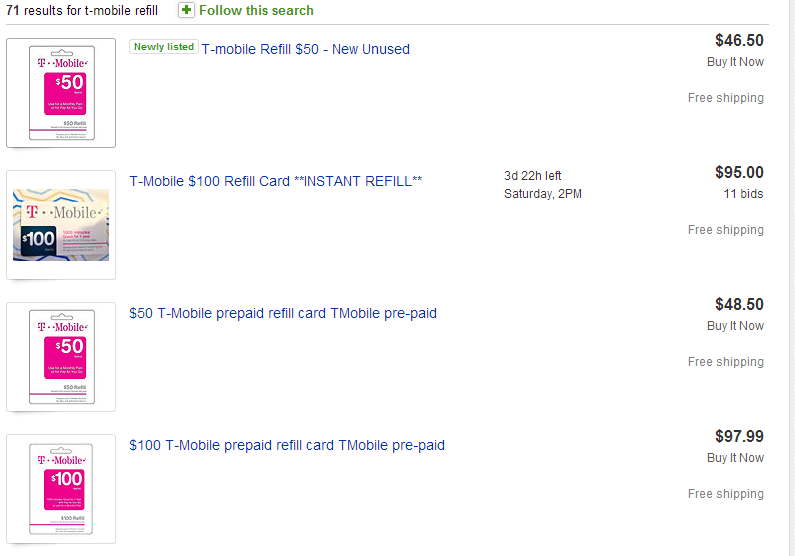 From this, I have realized the 2 best ways to consistently reduce your cost:

Buy the refills from Walgreens using any payment method you prefer

2. The profitable, but more painful way

Shifting your Clock on Daily Plans

My T-Mobile SIM card has a Boston phone number connected to it. When I was in San Francisco, I was in a text messaging conversation with someone right around 9pm when my text messages stopped going through. After I reassessed what happened, I realized that my day of usage ended at midnight EST, which was 9PM PST.

Empirical evidence indicates that the T-Mobile calculates your day as midnight to midnight in the time zone where your phone number is based.

How do we use this information?

For me, personally, I currently live in the Eastern time zone and most of my time is spent in the eastern time zone. However, when the clock strikes midnight, I don’t really consider it a new day. I usually consider it a new day when I wake up in the morning around 7am. Ideally, for me, I would want my T-Mobile day to be calculated at 6am – 6am EST. The day that I make a road trip to Buffalo NY might have me entering the US at 10am but not coming back until 2am.

For daily plans on T-Mobile, it appears that a new day starts at midnight in the time zone that the phone number is based. Choose your number accordingly. Further west would likely benefit most people.

I recently had some bad experience with T-Mobile, when I gave my dad a phone to take to New York on his 4 day trip there. It turns out, he somehow spent $20 at a T-Mobile store on Thursday morning and by midnight, his account balance was less than $1. Here are some of the things I learned from the experience: 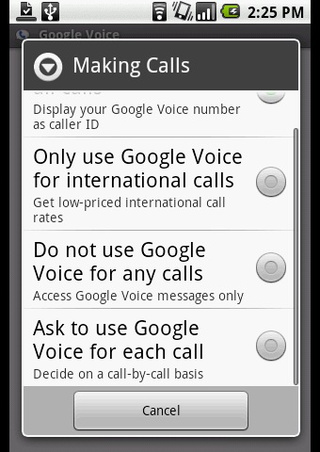 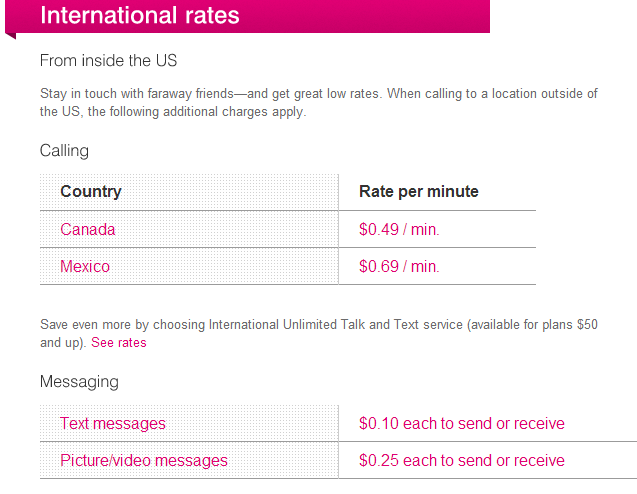 Deciding Which Plan to Use

I recently discovered that if I were to stay for a  few days longer, I would be better off taking a $30 / month prepaid plan.

This monthly $30 plan is actually slightly better for many people’s usage and it reduces your costs if you are in the US for more than ½ the month.

There are 2 versions of the $30 / Month plan. If you use any significant amount of data, then the $30  / Month plan with data is the one to go with. You limit your voice minutes, but using the apps I suggest for Android or iPhone, you can make your calls use data instead of minutes. This would mean that your voice minute limitation would be irrelevant.

Here are a few insights I had on saving some money when using a T-Mobile prepaid phone plan when traveling to the US.

I recently learned a few things about the T-Mobile plan:

Traveling to USA? Get a Local Cell Plan