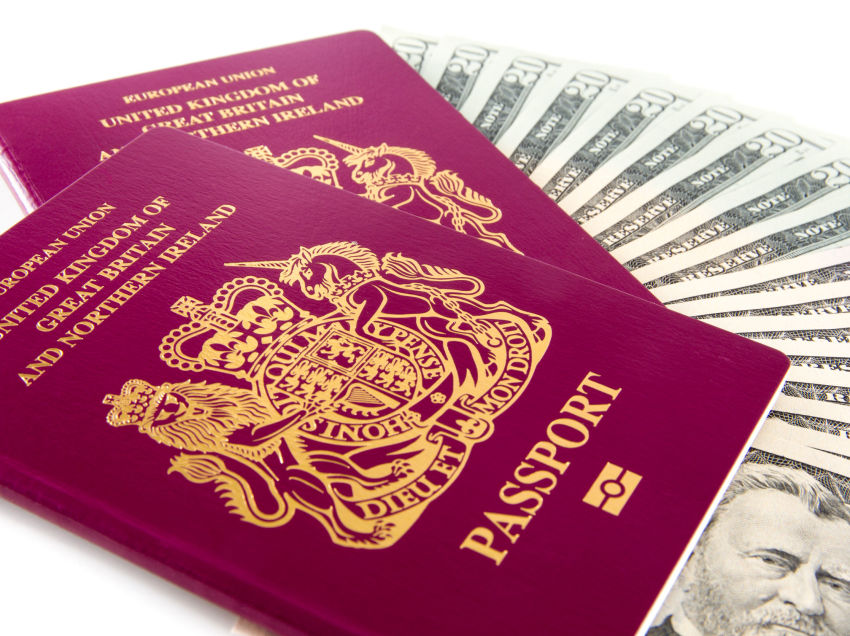 If you read the entry requirements for visiting many countries, there’s often a mention of needing an onward ticket (also referred to as “proof of onward travel”). But long-term and full-time travellers like myself don’t necessarily have one available, since we may not know where we’re going next or when. What to do?

I’m planning a trip through Europe for five or six months. I’m flying into London, and after a couple of months in the UK, I’m going to check out some other parts of Europe. I don’t know yet where I’ll go, when exactly I’m coming home, and where I’m going to be flying out of! But the UK website says I need proof of onward travel in order to get in. I don’t want to buy a ticket that I might not use. What do you do about onward tickets? – Dan

I get this question a lot. We might not know where we’re going next or when, but that’s no answer to an immigration official asking for an onward travel ticket. Sometimes, you can’t even check in for your flight if you don’t have one!

But other times, I’ve found that an onward ticket isn’t needed (even if official policy says it is), and I’ve also found quite a few creative ways around it.

When Proof of Onward Travel (or an Alternative) is Absolutely Necessary

I don’t have a definitive list of countries that always require proof of onward travel, but I can say – from experience – that island nations (eg: Caribbean countries, New Zealand) are the most stringent in their onward ticket requirements. (Read on for my worst-case-scenario story when I travelled to New Zealand).

In these cases, you often won’t even be allowed on the plane without showing proof of onward travel. Why does the airline care so much? Because if you’re turned back at immigration on arrival, the airline is responsible for returning you to your destination, and they’re not interested in footing the bill.

But even when an onward ticket isn’t absolutely necessary, some airlines will ask you for it at check-in anyway. For example, when I went to Costa Rica last year, I flew with Spirit airlines, who checked each and every passenger’s proof of onward travel. Costa Rica isn’t an island nation, and I’ve known people to fly there without onward tickets, but in this case there was no getting on the plane without one (thank goodness I happened to have one on hand). Although I suspected this was an airline policy (as opposed to a country-enforced one), a month later when I flew again with Spirit to Peru, I expected the same drama. But no! They didn’t even ask. So it’s really difficult to tell when you’ll be asked, and when you can get away (or rather, get in) without having one.

Below are some strategies you can use to satisfy proof of onward travel requirements without necessarily knowing when you’re leaving (or where you’re going).

The Gamble (aka The Talk)

This is my most-used strategy, but also the riskiest, and often means I don’t rest easy until I’ve cleared immigration.When asked, I simply say I’m on a big adventure trip, and I’m going to take a bus out of the country, and couldn’t book the bus ticket from abroad. In places like Asia, Europe, and South America, this is a very common way of travel, and a commonly accepted excuse.

But ultimately you’re in the hands of the immigration agent (and sometimes, before that, the check-in agent), and if they don’t like the glint in your eye, or if they’re having a bad day, it’s possible that your story won’t work.

If The Gamble Fails

When I checked in for my flight from Australia to New Zealand a few years ago, I didn’t deign to say I planned to take a bus out (which would be impossible); I simply didn’t have an onward ticket because I didn’t know how long I’d be staying, nor where I was headed afterwards. This didn’t go over well, and I was barred from checking in for my flight until I could produce proof of onward travel.

But this is a worst-case scenario, New Zealand being among the most strict countries I’ve encountered with regards to entry requirements.

I’ve known other travellers to run into problems (at check-in or immigration) where they needed to buy tickets on the spot. Where possible, they hopped online and bought a cheap bus ticket. In other cases they bought a refundable flight ticket.

Although buying a refundable ticket is the most expensive option (for which you’ve got to have the cash or credit to pay for up front), it also ensures the easiest passage through check-in and immigration. And in most cases (my New Zealand story notwithstanding), you can cancel the ticket with ease.

Did you know that many airlines have a 24-hour cancellation policy – even for non-refundable tickets? Thus, you can buy an onward flight right before you travel and cancel it immediately after arriving (assuming you’re travelling for less than 24 hours).

This strategy makes me nervous (what if I get delayed and can’t cancel within 24 hours? Or what if they don’t let me cancel at all?), but I know many a traveller who swears by this strategy.

Just make sure you book with an airline (or travel provider) that clearly states a 24-hour refund policy, regardless of reason for refund.

If you have a reasonable idea of where you’re headed next (and when), then go ahead and book a ticket; but to be safe, book a ticket that you can change prior to departure. Double check the terms and fees to change a ticket first.

If you don’t want to deal with airlines and pricey flights, and if the geography of your destination allows, you can book a cheap bus (or train, or ferry) ticket out of the country. They may or may not be refundable, so check the terms and conditions before buying, or otherwise, be prepared to eat the cost of the ticket.

The above options aren’t your only ones. Here are a few creative strategies for getting around the requirement for an onward travel ticket.

As with all immigration procedures, the smoothness of your passage depends entirely on the temperament of the immigration (or check-in) agent in front of you. Fair warning!

Proof of Commitment to Being Somewhere Else

Sometimes you don’t need to show a specific ticket out of the country you’re visiting; instead, showing proof of a commitment to being somewhere else within a time frame prior to your entry visa expiring will do. For example, when I extended a visa in Thailand a few years ago (my partner at the time was in the hospital with Dengue fever), they accepted our flights out of Singapore as proof of onward travel. In another case, I showed a confirmed (and paid-for) accommodation reservation in another country. I’ve known other people to show confirmed work contracts or other official obligations in other countries.

Gettin’ on a Boat

I spent a few years (on and off) in the Caribbean, and although I was only once asked at immigration for proof of onward travel on arrival, I was harassed at check-in every single time. One time I had an onward plane ticket, but it was for a date after my 90-day visa would have expired. I had intended on extending my visa an extra month while in the country (a common practice), but the airline wanted none of it. I had to change my ticket at the gate before being allowed on the plane (since they didn’t catch it at check-in), and then change it back to my actual date of flying – a costly endeavour in both money, and stress.

After this debacle, I had to find another way to get around these onward travel requirements. It was around this time that I discovered the nautical world, and spent three months living on boats throughout the Caribbean. (See also: How to Get a Job (or a Free Ride) Working on Boats)

Lots of people arrive to the Caribbean by air, and then leave the country by boat. So, if you know somebody with a boat who is willing to write a letter saying you’ll be aboard their vessel on a stated departure date, this will suffice. Not all check-in agents thought much of the letter, but neither did they refuse it, and immigration didn’t bat an eyelash.

I recently tried a new onward travel ticket strategy that I thought was pretty ingenious: it involved “renting” an onward ticket that would last the duration of my journey. Best Onward Ticket provides you with perfectly legitimate proof of onward travel. They purchase a fully-refundable flight out of the the country on your behalf, and cancel it 48 hours later. This saves you the effort (and risk) of buying and cancelling a ticket yourself, and for this service you pay $12.

I have used this option a few times now, and would do it again in a heartbeat.

I don’t recommend it, but I’ll mention it: I know travellers who fake tickets by editing the flight information from a past reservation and printing it out. If you do it well enough and use a legitimate flight number and date, nine times out of 10 you’ll be fine. However an immigration or check-in agent on a mission can look up your confirmation number and flight if they want to give you a hard time. User, beware: if you’re caught out in a lie, there’s no telling what can happen.

Do you have any horror stories about providing proof of onward travel? Any creative strategies not mentioned here? Please share!

Dear Nora: The Nitty Gritty of Returning Home After Travelling

Dear Nora: What to Do When Your Passport is Lost or Stolen Abroad

Dear Nora: How to Travel Cheaply in Expensive Countries