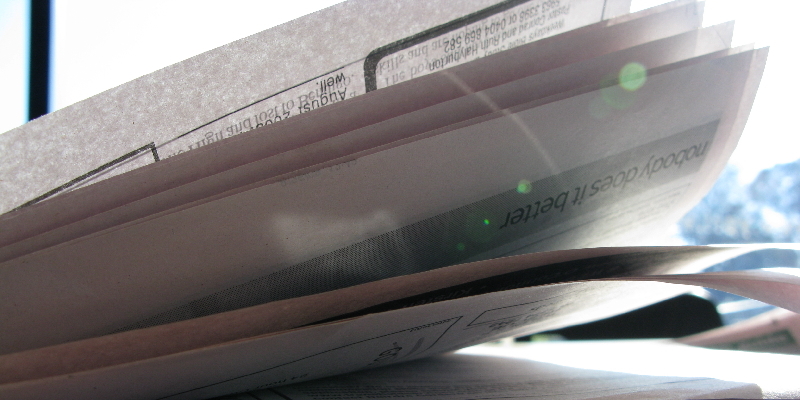 Managing Canadian legalities (like residency, licenses, taxes, and your mailing address) can be tricky business while travelling long-term. Here’s what you need to know:

How do you deal with the Canadian official “home address” issue as well as things like taxes, driver’s license, voting, health care, etc? – Tammy

Tammy, you’re not alone in wondering how to manage the legalities of your home address and residency in Canada while you’re on the road. I’m going to address the issues in your question – and a few more – with the help of my own 10 years’ experience on the road, along with input from some Canadian travelling colleagues of mine.

What do you do if you’re a Canadian travelling long-term? Depending on how long you are travelling for, you could be considered a factual resident, a non-resident, an emigrant, or just plain Canadian resident. This depends on a number of factors, which you can read about on the CRA website here.

Despite having been on the road for 10 years, I continue to file as a “factual resident”, which basically means I’m a resident of Canada. This means I claim my worldwide income on my Canadian taxes. Luckily, as a travel blogger, the majority of my expenses are tax deductible, thus I get a refund most years.

Matt Gibson lives on the road, and is the Inbound President of the Professional Travel Bloggers Association, an adventure travel writer and photographer, award winning blogger, and CEO of Xpat.Media. On the recommendation of his accountant, he applied for non-residency when he started travelling many years ago, which as he recalls, simply involved filling in some forms. (If you own property/investments or have dependents in Canada it is more complicated to become a non-resident).

As for filing taxes, I do so from abroad with the help of my accountant. I email him my spreadsheets outlining my worldwide income and tax deductions. Whatever T-slips I receive can be acquired electronically (for example from the banks), and my accountant can also locate them on the CRA system. He files my taxes electronically and my refunds are direct deposited. (If you have to pay you can also do that online through your bank by creating CRA as a payee). When I return to Canada I sign whatever forms he needs me to sign so he can continue to file on my behalf and act as my representative if I’m audited. (These forms can also be mailed to me wherever I am).

(Read more about the process of filing taxes from abroad here: Filing Taxes as a Digital Nomad – Everything You Need to Know).

As a non-resident of Canada and not an official resident of any other country, Matt doesn’t file taxes anywhere. Although it might sound like a dream come true not to have to pay tax, Matt is actually looking to become a resident somewhere because according to him, “there are some benefits to having residency in a country. I’m looking into my options for that right now”.

Ayngelina Brogan of BaconIsMagic has been travelling around the world on and off for years now, and she uses Netfile to file her taxes online from wherever she is.

Cheryl Howard is a Canadian writer, living in Berlin and running the popular travel and expat living blog at CherylHoward.com. She has a more complicated tax situation having earned income in both Canada and Germany, but luckily she has an aunt who works at H&R Block. “I also updated my address in the CRA online portal to have my [CRA related] mail sent directly to my address in Germany. Thankfully, their system allows you enter foreign addresses”.

When you file your taxes, CRA sends your information to Elections Canada, who takes care of your voting registration.

So where does your voting card (and other legal documents) get sent to? I have a “designated representative” (aka Mum) who receives what little mail I get and lets me know when there’s something I need to address.

Matt too, relies on Mum (his mum, that is): “I have mail sent to my mom’s house. I’ve always done that, even when I lived in Canada, because I moved around pretty often”.

Ayngelina rightly points out that you won’t get much mail if you sign up for e-statements for your bills. And for anything she can’t receive online, “I’ve used my family’s home as a permanent address when I did not have my own,” she says.

Cheryl too, has a friend receive her mail and forward it to her as necessary, but now she’s considering a virtual mailing service or Canada Post’s international mailing service so she doesn’t have to inconvenience her friend.

For lack of having a friend or family member who can be your address and take care of this for you, I would recommend using a Virtual Mailing Service.

I’ve always made it back to Canada in time to renew my driver’s license, as has Ayngelina. In Ontario, you can renew your driver’s license online if you don’t need a new photo, haven’t updated your address in the prior three months, and a few other conditions as can be found on the Ministry of Transportation website.

And the window of opportunity to renew in person is pretty wide: from six months prior to expiry to 12 months after expiry; so you don’t have to time your visit back to Canada too finely.

Provincial healthcare is another issue that varies by province. In Ontario for example, if you’re absent for more than six months, you lose coverage and don’t get it back until you’ve been back in the province for a few months.

Most provinces have concessions that allow you to apply to be out of the country for a longer period. “In Ontario you can sign a form that allows you to leave the country for up to two years and notify them upon your return,” says Ayngelina; both she and I did this. The difference is, she made it back to Canada after her absence; I didn’t, and thus I lost my coverage entirely.

One of those options is International Health Insurance (also known as Expat Insurance) which costs much more but gives you full worldwide health coverage.

Here is a province-by-province breakdown of the rules and regulations along with links and contact information for each provincial branch: Preservation of Provincial Healthcare While Out of Province

And here is a guide to travel and expat insurance: The Ultimate Travel Insurance Guide for Canadians

With online banking and paperless statements, it’s relatively easy to manage your finances while travelling abroad. I do (almost) everything online. For anything I can’t do online, I have given my mother power of attorney for property, which allows her to act on my behalf in any capacity. (See also: Managing Finances While Travelling Long-Term).

Ayngelina did it a bit differently; “I changed my bank account so that my mother was on the account. If for some reason I can’t access money where I am, she has a bank card and can send it to me. It also means she has permission to inquire about my finances on my behalf.”

She also diversifies her banks: “I keep two bank accounts, my primary is CIBC but I also keep an HSBC account so that if I’m somewhere my CIBC debit card does not work or my account is frozen for suspicious activity, I still have access to funds.” Both banks are also well-established internationally so it’s relatively easy to access money, and Ayngelina signed a consent form with her financial planner so that she can shift money around with an email request.

Matt does it all online: “I just have one bank account in Canada and one in the USA, both of which I manage online. Between the two of those — and PayPal — I have no problems moving money around. I also recently discovered Transferwise, which is great for saving money on international transfers.”

Cheryl maintains a Canadian bank account and investments while living in Germany. “Each month, I use Transferwise to send funds from my German bank account to my Canadian one. Their service is much cheaper than using a traditional bank transfer and I save more than €30 a month.” She is frustrated, however, that Paypal doesn’t allow you to have bank accounts in different countries, and having separate Paypal accounts can also be problematic.

Hesitant to let your Canadian phone number go if you’re travelling temporarily? Mariellen Ward is a digital storyteller at BreatheDreamGo who divides her time between Toronto and Delhi. She suspends her phone service (with Rogers) while she’s away to save money. “You can put your phone on a temporary suspension once per year, for a maximum of four months. It costs $7 per month. But you can’t be on a contract with them to do it.” Most phone companies also have several roaming packages, so it behooves you to call your phone company to see what’s possible.

While travelling long-term, you need to have certain official documents with you to take care of any number of eventualities that might occur while abroad (such as the dreaded passport loss/theft). I leave an original birth certificate with my mum in Canada as well as copies of everything else with her. All original documents that I take with me (including tax receipts which I collect along the way and mail back to Canada at the end of each year), I keep in a plastic folder that stays in my computer bag and is safely secured when not with me. I also have electronic copies of everything in a password-protected program on a USB stick and on my laptop in case everything goes awry.

Matt prefers to keep copies of his ID online: “I keep a folder with up-to-date copies of my passports, passport photos, and other documents in an online cloud storage account. This way, even if everything I own is lost, I can still access and download my documents from any device that can connect to the Internet”.

See also: Checklist of 20 Things to Do Before Travelling Long-Term

Although managing Canadian legalities while travelling long-term might seem daunting at the outset, it’s far from impossible. And with more and more Canadians travelling long-term, it’s not even so abnormal any more. With a little research and dotting of i’s and crossing of t’s, you’ll be on the road in style in no time.

Dear Nora: How Do I Manage Finances While Travelling Long-Term?

Dear Nora: How Much Money do I Need to Travel Long Term?

Dear Nora: Checklist of 20 Things to do Before you Travel Long-Term